It’s hard to believe I’ve been living in Texas for almost two and a half years! It seems like just yesterday that I packed up my car and left Colorado for a new adventure! While it has taken a little time to get used to the brazenly hot summers, I absolutely love it here! I no longer have to deal with snow (except for this year) and the people are so incredible. And the food is on a whole other level. Best of all, I no longer have to bake at high altitude!! It’s crazy how much altitude affects baking!

Best of all, I no longer have to bake at high altitude!! It’s crazy how much altitude affects baking! I was so used to having to adjust recipes for it. Now, it’s so easy for all of my treats to come out fluffy and domed and soft!

Speaking of Texas, I thought it would be fun to feature a classic recipe with the state’s namesake. The icing is what really makes this cake! It’s velvety, rich, and decadent. The cake bakes in a cast iron skillet, which gives it a beautiful crust! And it pairs perfectly with a scoop of vanilla or butter pecan ice cream!

Preheat oven to 350 degrees and set a 8-inch cast iron skillet pan aside. Stir the flour, cinnamon, salt, baking soda, and sugar together. Set aside.

Bring butter, water and cocoa powder to a boil. Remove from heat.

Pour mixture over flour and stir until combined.

Mix in eggs, buttermilk, and vanilla.

Pour into skillet pan and bake for 22-26 min. Or until a toothpick comes out clean. 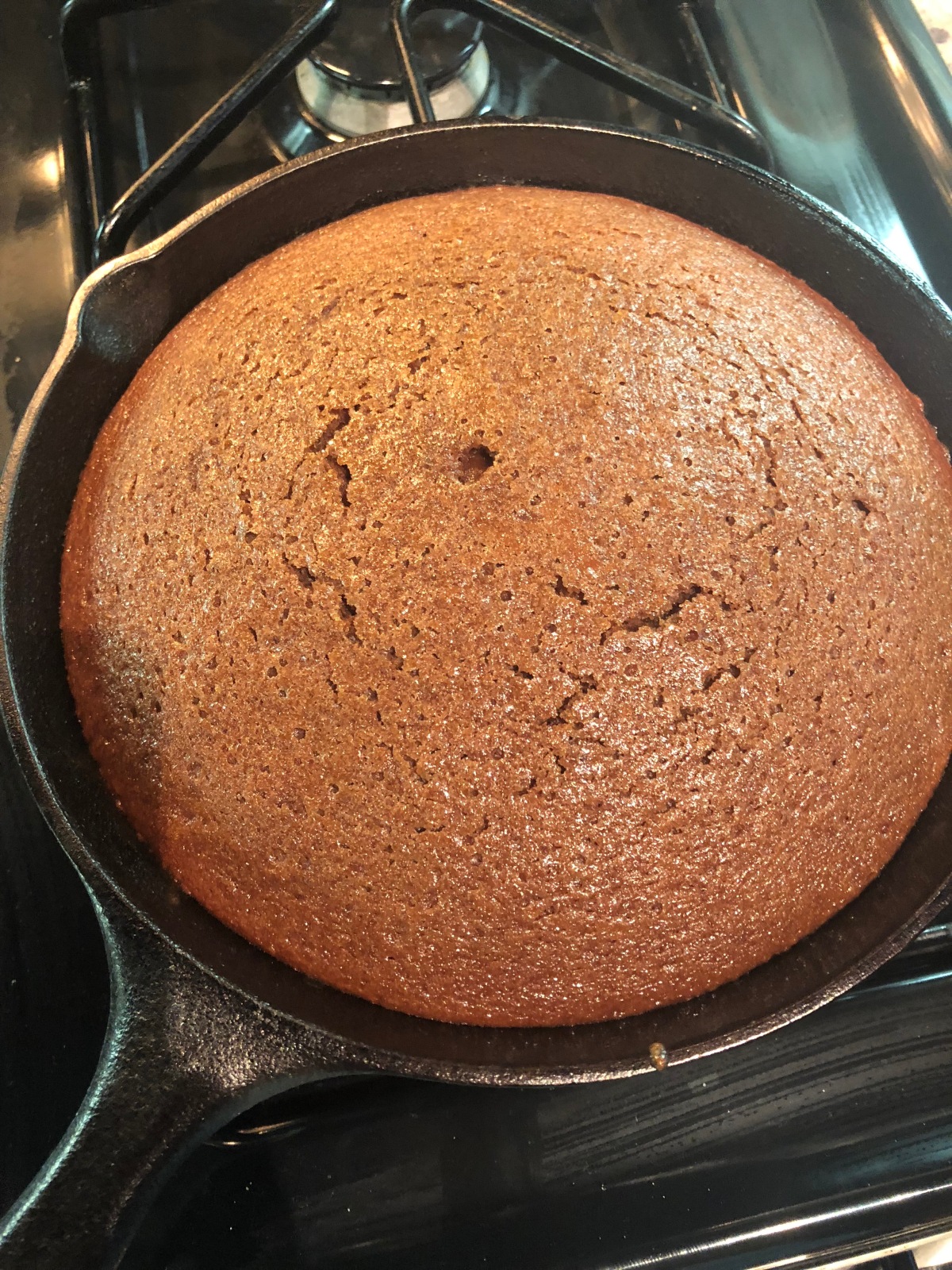 Set aside to cool.

For icing, heat butter and cocoa powder over low heat. Once melted, remove from heat and stir in milk, vanilla, and confectioners sugar. 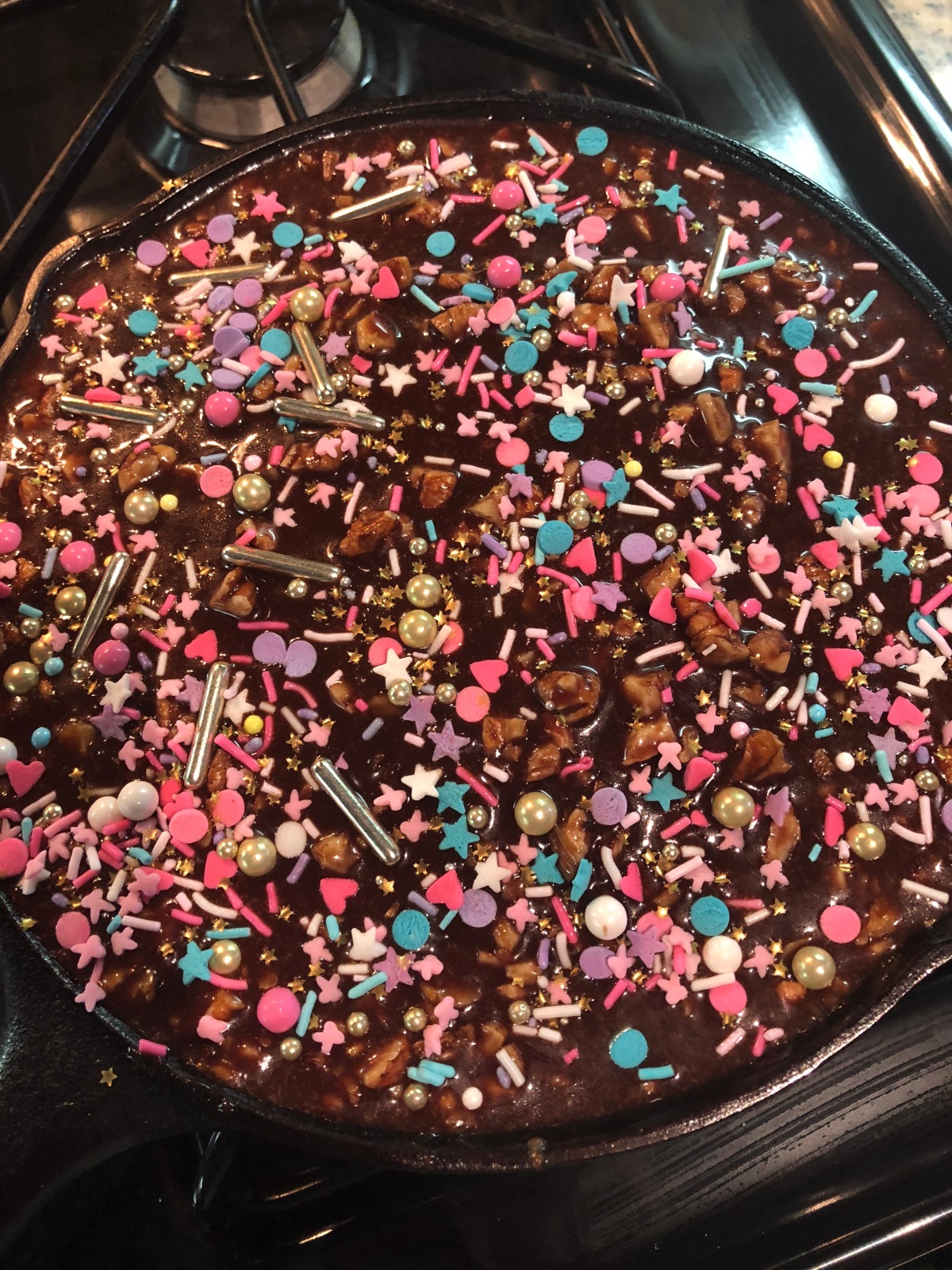 Pour over cake and top with pecans and sprinkles if desired. Serve with a scoop of ice cream. 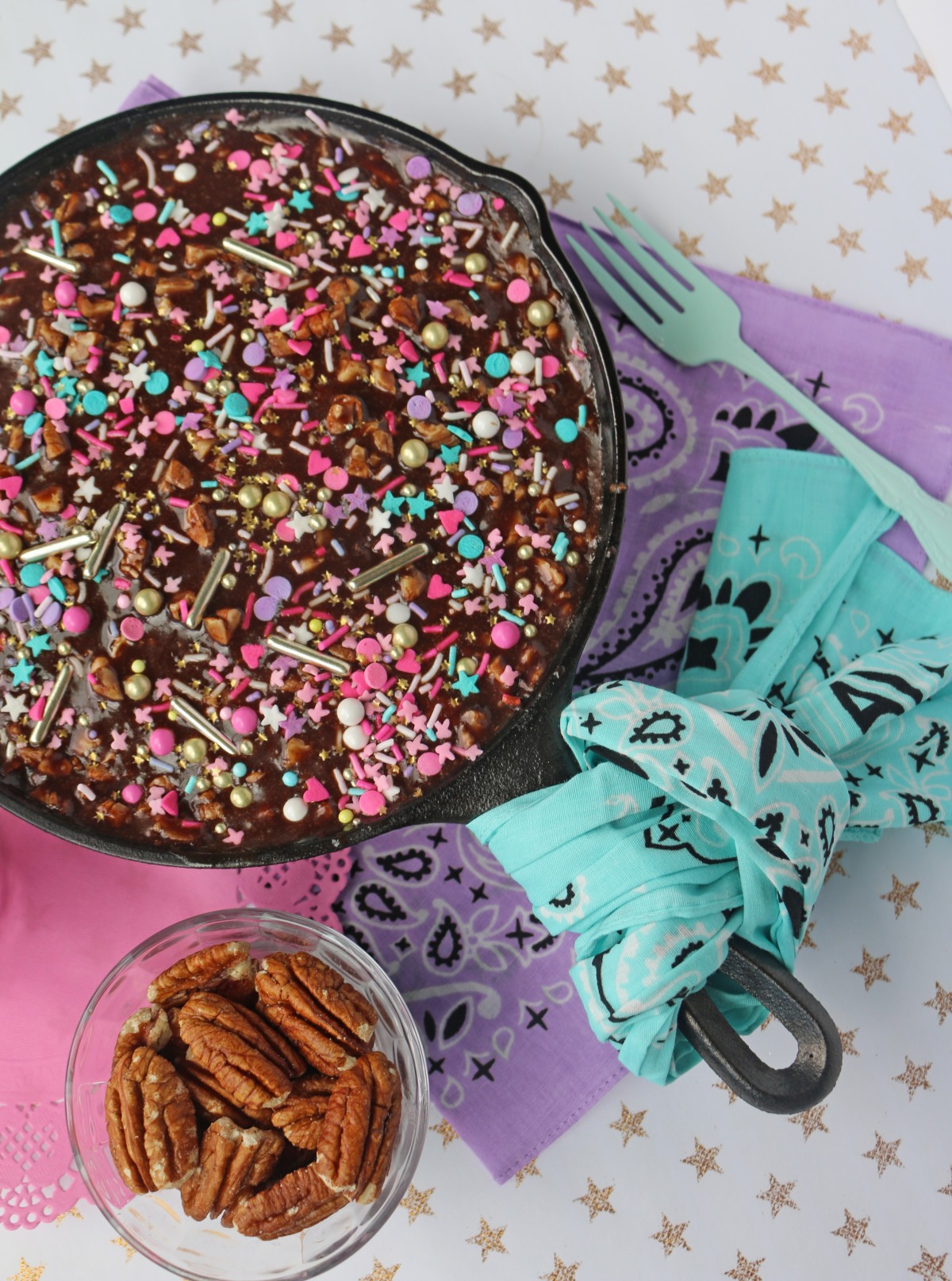 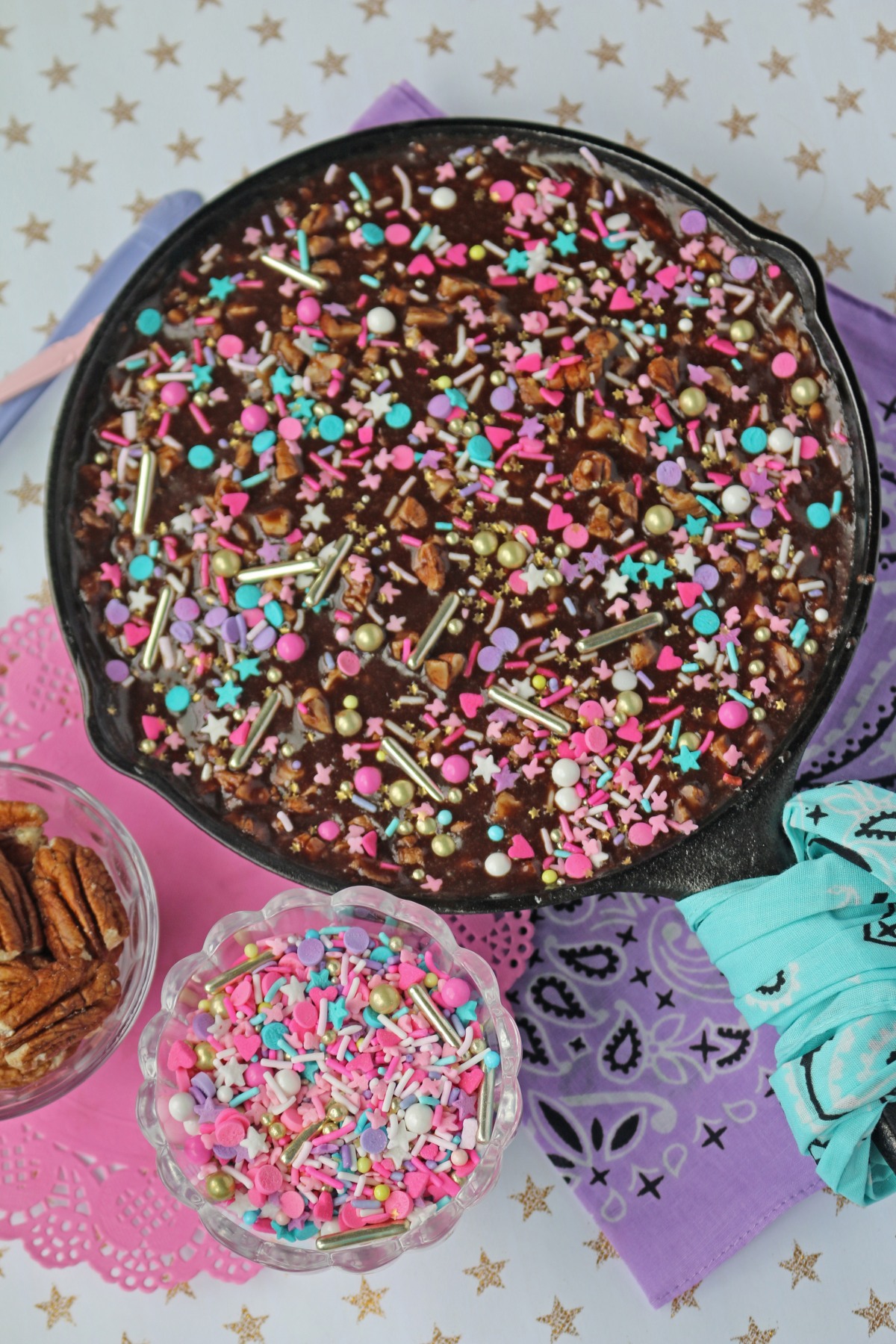 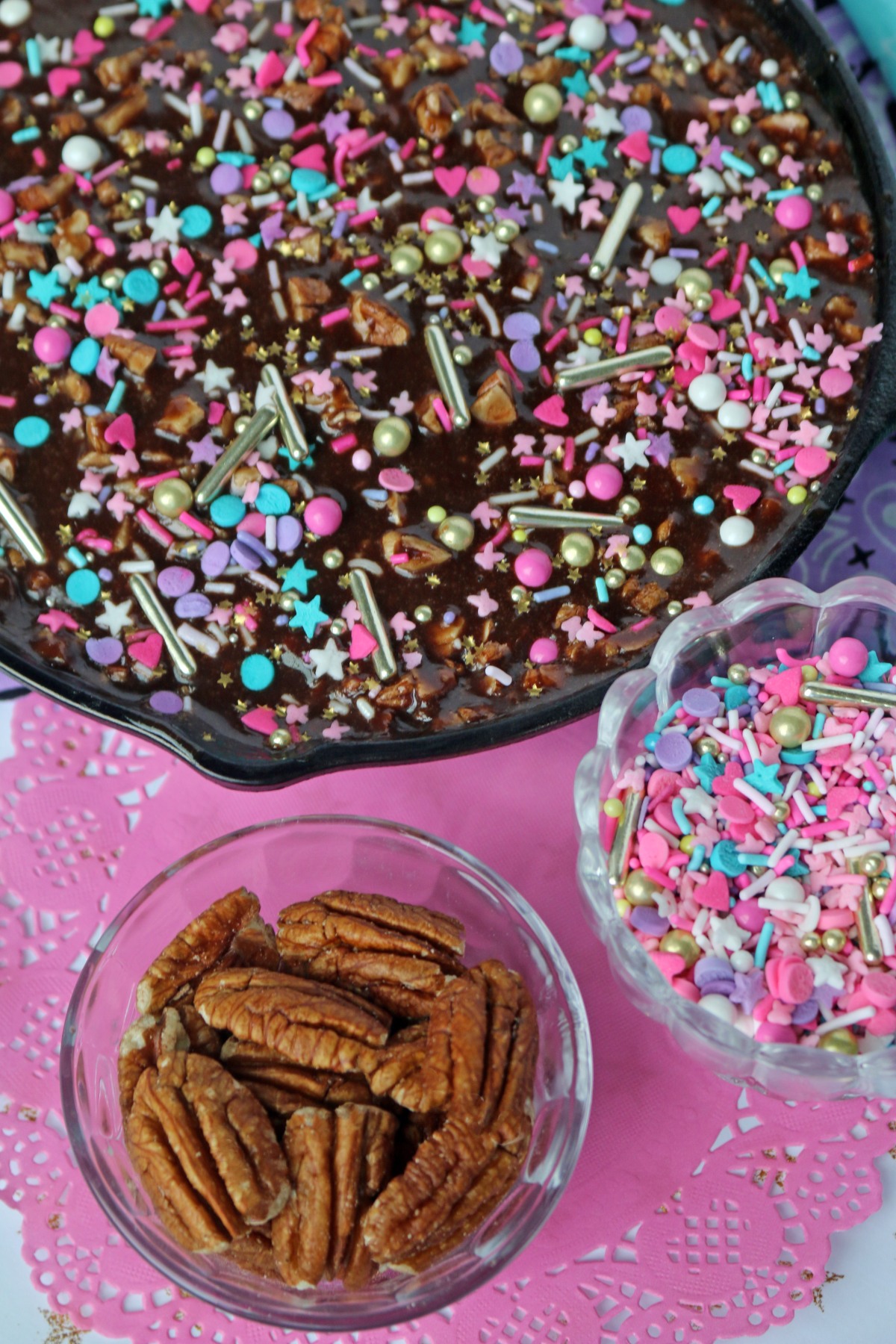 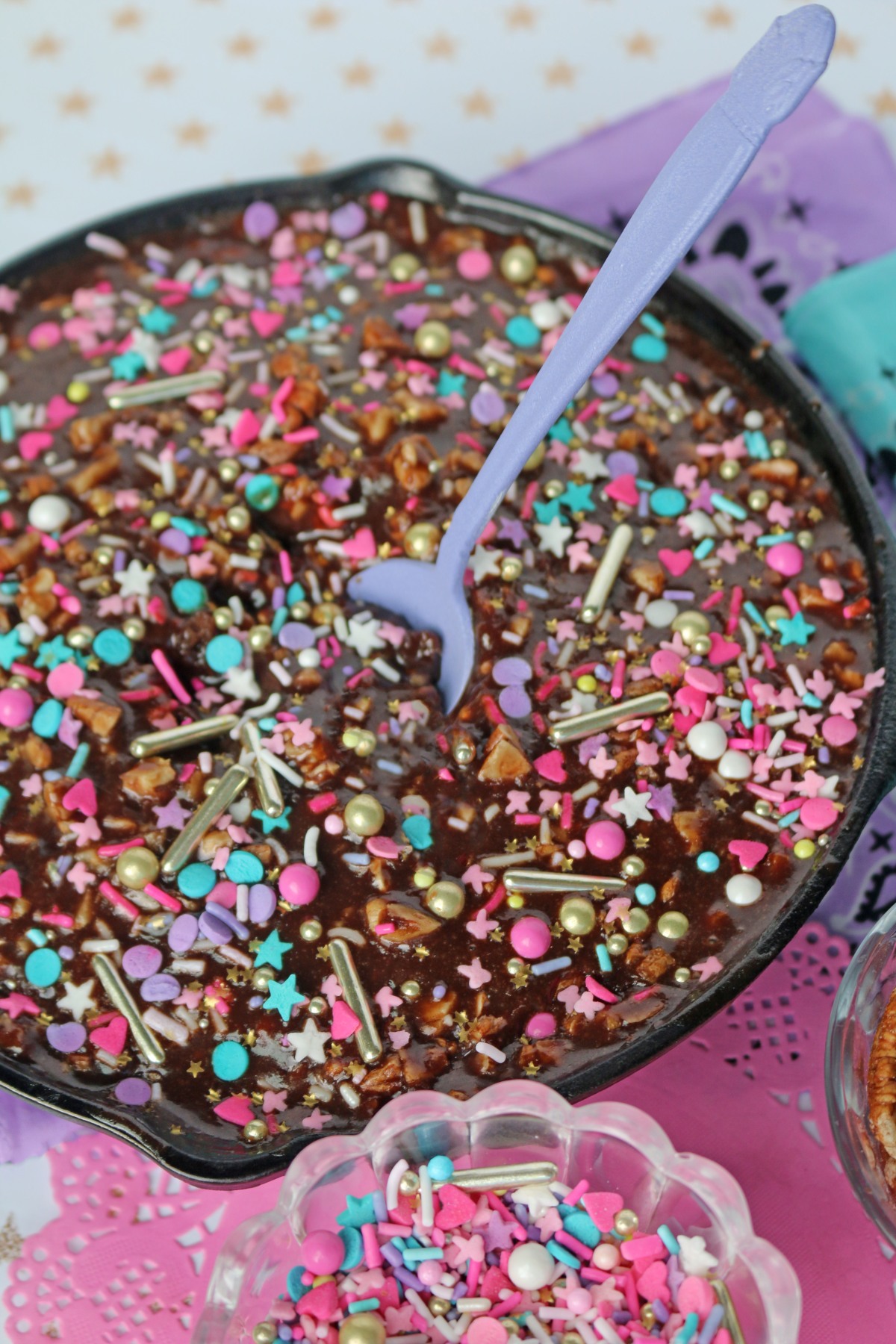