Welcome to my new site! I decided to move my site, because I wanted to expand my creative abilities, in terms of visual aesthetics. I have been wanting to do it for a while, but I knew how much work it would entail. While it has taken a while, I am quite pleased with the new site. I hope you are too!
This month, I am featuring recipes that you can make with a box of red velvet cake mix. The first recipe I am featuring is red velvet cinnamon rolls. While they do take some of the work out of regular cinnamon rolls, they still take a few hours to make. This is because the yeast needs time to rise.
These rolls are so good, that you will probably wish you didn’t have the recipe! You will never believe a cake mix was used to make them. I live in Colorado, which is known for being at high altitude. This can make many recipes much more challenging than they should be. Getting anything to rise in Colorado can be quite difficult. I was luckily able to get these to rise pretty well. I made sure to use very warm water for the yeast and gave the dough plenty of warm sunlight. I decided to make an icing that complemented the rolls very well. I am not a huge fan of cream cheese, so I prefer an icing with a lower cream cheese ratio. This recipe is perfectly sweet yet, it still has a little of that classic cream cheese tanginess. I hope you try these out. They are completely worth the work!
Recipe:

In a cup, combine the yeast and warm water. Stir until completely dissolved.

Place in a stand mixer (with the paddle attachment). Add cake mix, flour, salt, and vanilla.
Blend until dough comes together. 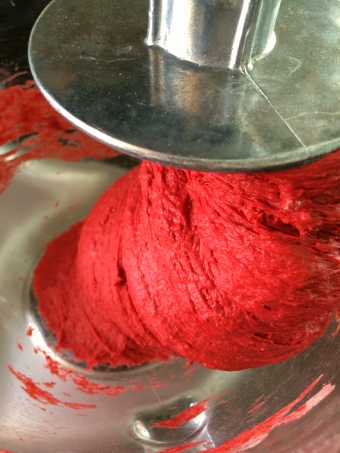 Use the dough hook attachment to knead the dough for about two minutes. 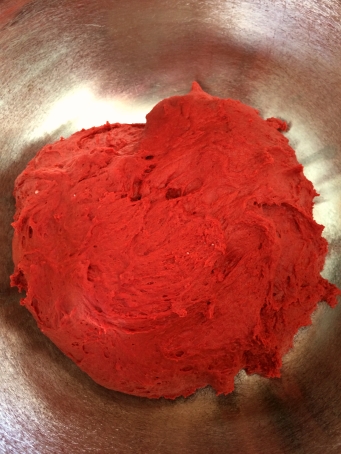 Place in large bowl. Cover it with a dish towel,

Allow it to rise for an hour. Meanwhile, combine: brown sugar, granulated sugar, and cinnamon, in a separate bowl. Set aside.

Punch down dough (to release any trapped air), and allow to rise for another hour.

Roll out on a floured surface, into a rectangular shape. 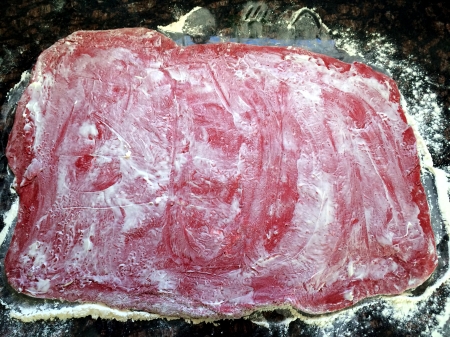 Tightly roll the dough into a cylinder. 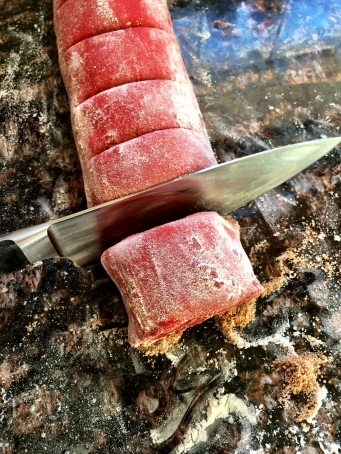 Slice (with a very sharp knife!) 24 even slices. 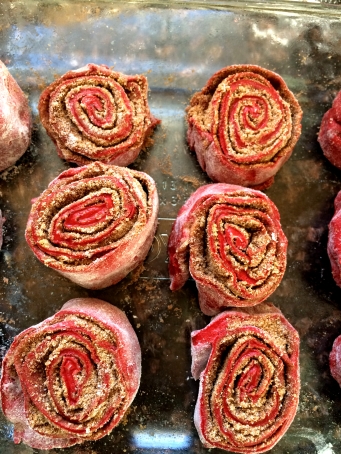 place rolls into a greased 9×13 inch pan. Cover and allow them to rise for an
addition 30 minutes. (They should double in size) Preheat oven to 350 degrees.
Bake rolls for 15-20 minutes. 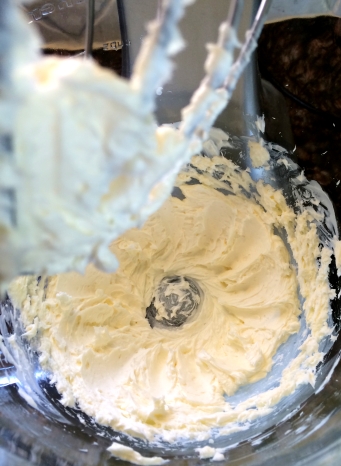 Prepare icing by blending (with the paddle attachment)
the cream cheese and butter on low speed for 6 minutes.

Switch to the whisk attachment, and whip on medium/high speed for another 10 minutes.

Add in 1 cup of the confectioner’s sugar with the mixer on low speed (for 1 minute).
After it is blended, add the remaining 3/4 cup. Blend for an additional minute.

Add vanilla and lemon oil, and blend for a minute on medium (high speed) 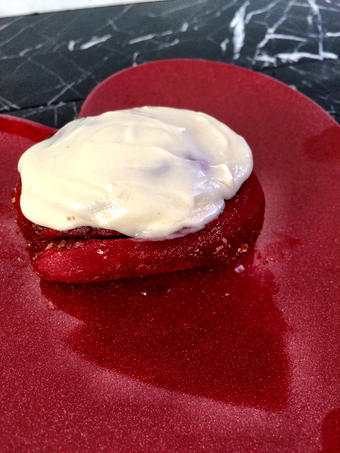